Change has been the only constant in the coffee sphere since the Indy Coffee Guides were launched half a decade ago – and developments continue at breakneck speed. We asked some of the South West’s speciality insiders about the hot topics charging the scene right now – and where things are heading …

The indie cafe movement has long been a disrupter to the occupation of our high streets by the big coffee chains. Independently owned speciality cafes, often run by friends and families, have become the speciality Rebel Alliance taking on the Empire of commodity coffee culture.

To stay ahead of the game, indie cafes are constantly skilling up and improving their offer, as well as working more closely with the roasteries that ethically source and carefully bronze the beans. 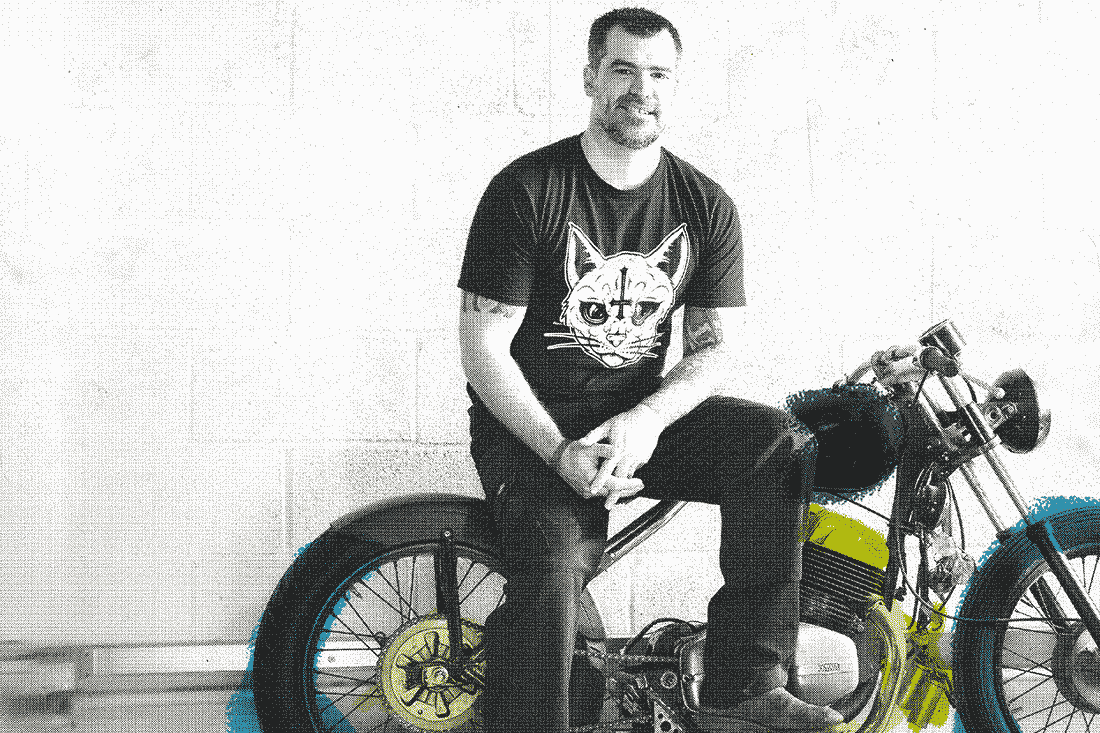 ‘When we started, 11 years ago, the industry was full of secrets and baristas were too afraid to adjust their own grinders and machines. Crazy! We knew that sharing knowledge and empowering baristas would mean better coffee and happier customers. Today, quality and knowledge are more accessible than ever,’ says David Faulkner of Bristol’s Extract Coffee Roasters.

While the number of speciality set-ups has continued to rise and put pressure on the big brands, the chains aren’t ready to give up any territory. Their quick adoption of speciality spiel such as ‘flat white’, ‘cold brew’ and ‘single origin’ suggests they’re hot on the heels of the indies, while Coca-Cola’s £3.9bn investment in Costa in August 2018 signals things are hotting up further.

‘Predicting how this is going to affect the indie coffee market depends on the direction which Coca-Cola want to drive Costa forward,’ says Dave Stanton of Exeter’s Crankhouse Coffee.

If the corporate grande latte does seek to buoy up its newly sugar-taxed business with bottled iced coffee and more Costa branches, Dave predicts that the effect on the speciality scene could be minimal.

‘Naively or not, we like to think that our customers have moved on from the high street chains in favour of a higher quality experience. Having more Costa stores or bottled beverages won’t change that,’ adds Dave.

Will Little of Roastworks Coffee Co. in Devon takes this idea a step further, adding that these large acquisitions will benefit small roasteries like his: ‘As big players become even larger and more powerful, the consumer is going to be presented with a clear choice between big chains and indie set-ups.’

As the coffee corporations continue to grow, so do the indies and a new league of boutique speciality chains has cropped up across the country. Whereas a decade ago indie coffee ventures catered to a niche audience, speciality’s explosion has led to an increase in the volume of venues, which includes a crop of successful set-ups launching sister stores to meet the demand for their creative concept.

While the expansion of independently owned cafes and roasteries is fantastic news for small businesses and consumers (who will find it even easier to get their hands on a cracking cup), some die-hard coffee geeks have sniffed at the success of small-scale speciality cafe groups.

‘Regardless of whether venues are one-off independent coffee shops or part of an independent group, if they’re pushing the speciality coffee industry forward and doing a good job of it, they should be celebrated,’ asserts David Faulkner. 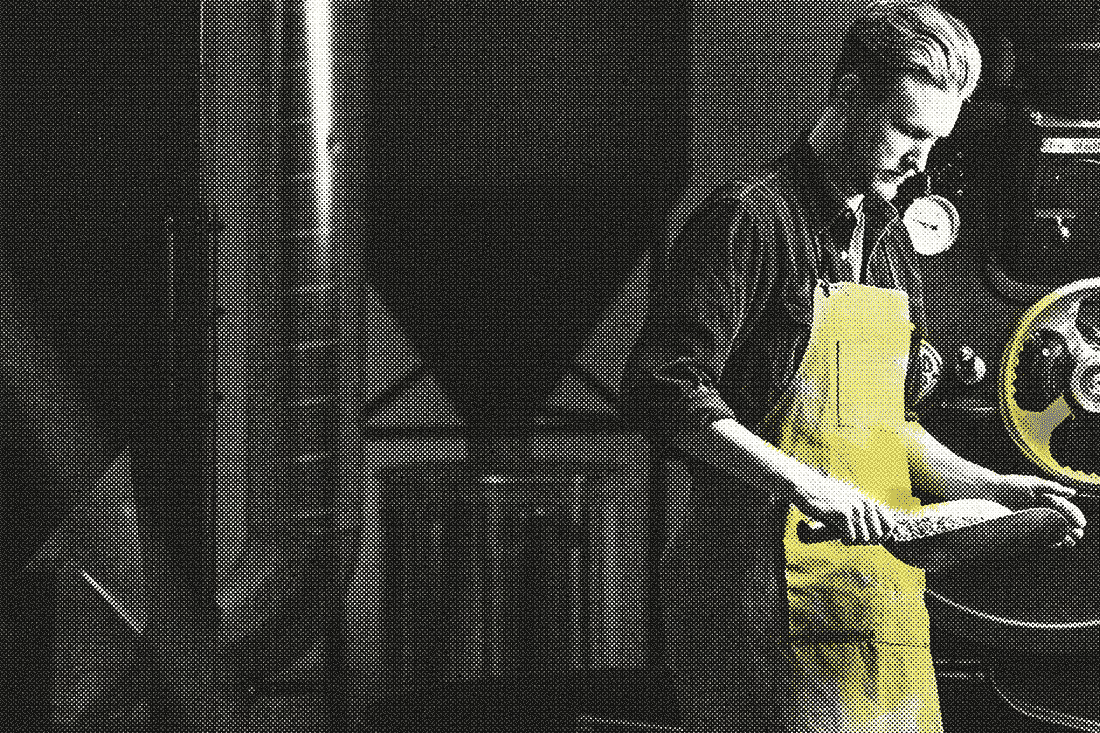 The important thing is that the indie scene works together, not against itself – and that includes on the roasting side, too. Roaster Will Little says: ‘The rise in multi-site cafe chains turning to roasting could become an issue for some large speciality roasters at first. Eventually though, as the market evolves, I think there’ll be enough business to go around.’

In many ways the speciality sector has been at the vanguard of eco-awareness within the hospitality industry. Building on speciality’s roots in sustainable bean sourcing and ethical practices, cafe owners and roasteries were ditching disposable cups, using compostables, adopting sustainable activities and reducing waste long before David Attenborough brought plastics to the attention of the masses in BBC One’s Blue Planet II.

While coffee shops have encouraged their customers to champion the KeepCup for years, Boston Tea Party stepped up the green game in spring 2018 by introducing a blanket ban on single-use cups at its 22 cafes. Within six weeks it had saved a Transit-van-sized load of disposables from heading to landfill – and indie coffee shops across the UK are beginning to follow suit. 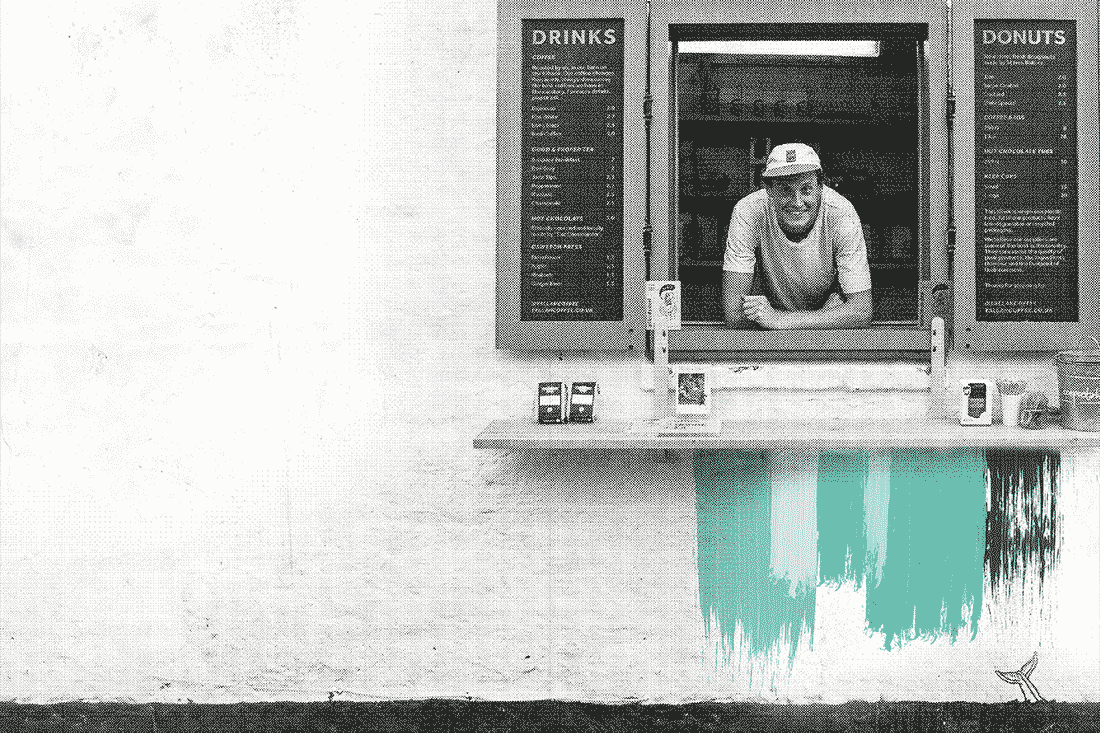 Roasteries are also doing their bit for the planet. Yallah Coffee in Cornwall and Extract Coffee Roasters are both using waste coffee grounds and chaff from the roasting process to produce biofuels to keep their roasteries ticking over.
While things are heading in the right direction, ‘the coffee industry is still at the start of its sustainable journey,’ says Richard Blake, founder of Yallah.

‘We’ve been doing some research into energy efficiency and were surprised to find that, taking everything (including growing, shipping and roasting) into account, often over 50 per cent of coffee’s carbon emissions are produced in the cafe.

‘A large part of this comes from heating and building efficiency (most cafes keep their doors open) and espresso machines also play a big part. We’re stressing to our customers that recycling is great but it’s also worth being mindful about the efficiency of your machine.

‘Consumers are becoming more savvy, however, so demand for sustainable products is increasing at both roaster and cafe level. Hopefully, this will inspire the industry to push further for a sustainable future.’

‘The industry has changed considerably since I started out as a barista,’ says Agnieszka Rojewska, 2018 World Barista Champion. ‘I was ecstatic to win the WBC, but of course anyone would feel like this, regardless of gender. It’s a delicate subject but I know in some countries, especially at origin, there are serious issues regarding equality.’

Two women at the forefront of the South West’s female coffee force are Fi O’Brien and Casey Lalonde of Wiltshire’s Girls Who Grind. Wanting to offer an alternative in the male dominated coffee industry, the dynamic duo are representing the women who keep the coffee crops flourishing. 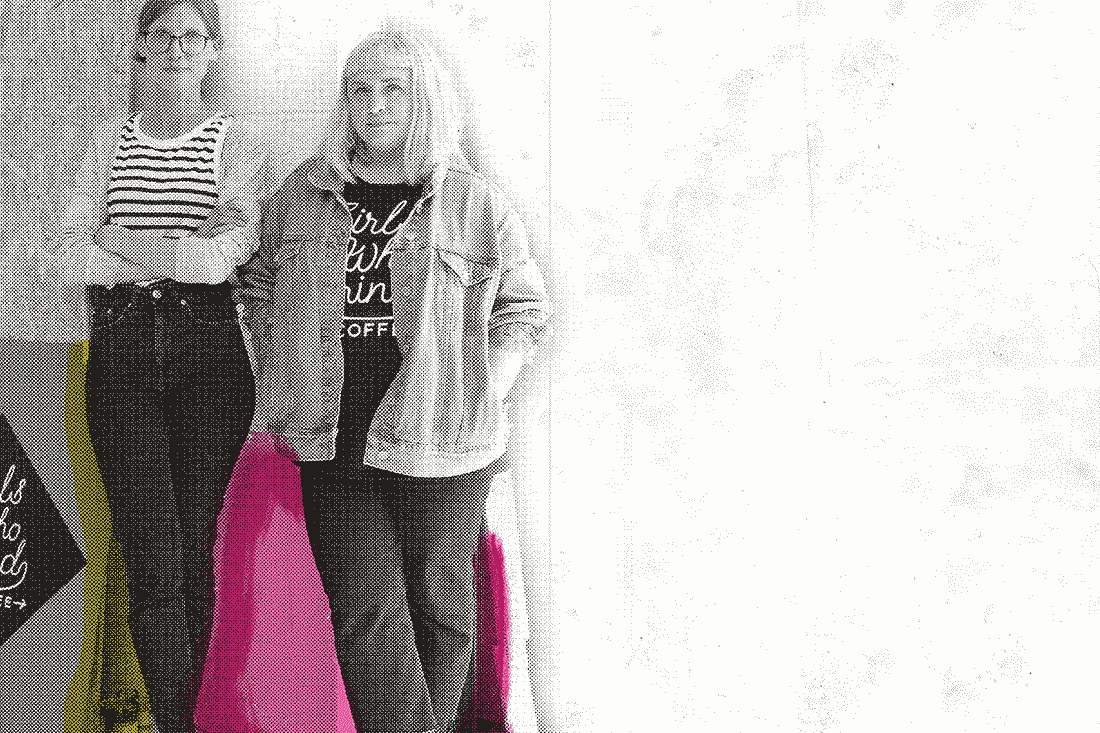 ‘It’s not just the taste of the coffee that’s important to us but also the stories behind it,’ says Fi. ‘Women make up over 50 per cent of the coffee farming workforce but are often under-appreciated and underpaid.’

‘All of our coffees are grown and roasted by women; we’re here to big up the incredible ladies in the coffee industry,’ adds Casey.

Happily it’s not just this all-female Wiltshire roastery putting gender on the agenda. ‘2018 has been a great year for women in coffee,’ says David of Extract. ‘80 per cent of Extract’s coffee is roasted by women so it’s encouraging to see the rest of the industry adopting a more equal way of working.’

Long gone are the days when the best match for your flattie was a limp almond croissant, desert-dry muffin or burnt-to-a-crisp panini. The indie cafe scene has seriously upped the game when it comes to perfect pairings for expertly crafted coffee – and it’s fuelling the flames of an innovative fast-casual dining movement.

Indie cafe owners know that flat whites and traybakes alone won’t pay the rent, so they’ve embraced the serving of simple but delicious, freshly made food to complement the bill of quality drinks. 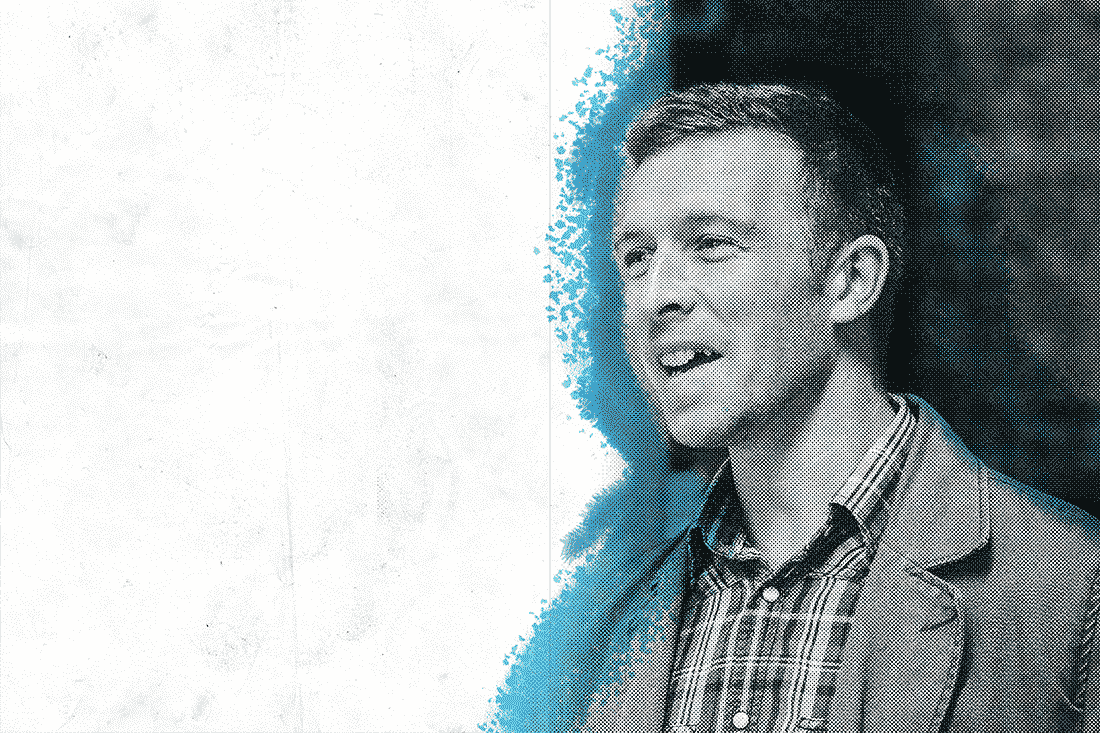 From breakfast to brunch to afternoon bakes and cakes, you’re pretty much guaranteed to eat well (and ethically) at speciality coffee shops. The SCA’s James Shepherd thinks that antipodean culture is an influence: ‘The brunch market in speciality hotspots such as Melbourne is huge and [UK] cafe owners have taken inspiration from their pared-back menus.’

Paying the same attention to sourcing, sustainability and quality of the food that they apply to coffee, speciality cafe owners champion local producers and seasonal crops in dishes that are fresh, unprocessed and unpretentious – while often being pretty indulgent, too.

In the same way that some cafe owners are exerting control over the quality of the coffee they serve by roasting it in-house, they’re also increasingly producing their own sourdough bread alongside the homemade cakes. The sweet result is the burgeoning cafe bakery trend.

Getting creative with preserving, curing and fermenting is also on the up. ‘They want to take more of the chain into their own hands – from farm to cup and field to plate,’ asserts James.

‘Some of the most exciting food in the UK and Ireland at the moment is appearing on all-day brunch menus or served at cafe supper clubs and pop-up events.’