From latte to landfill

From latte to landfill

Can speciality coffee go hand in hand with sustainability? We asked eco campaigner Hugh Fearnley-Whittingstall and reusable pioneers KeepCup if the indies can help reduce the number of coffee cups ending up in landfill by leading the way …

Coffee addicts are responsible for a mountain of toxic waste that’s ending up in landfill. It’s estimated that in the UK alone, coffee drinkers get through around 2.5 billion disposable cups per year – and only one in a thousand of these is currently recycled.

The situation is utterly ‘untenable’ according to KeepCup’s co-founder Abigail Forsyth. ‘It demonstrates the catastrophic impact of convenience culture on the planet,’ says the Aussie entrepreneur, who in 2008 hit upon the idea of creating reusable cups for the coffee-to-go crowd. It’s just one of the many eco-friendly initiatives that have been welcomed across the speciality scene; others include discounts for drinkers who bring their own reusables and the take up of fully compostable cups in many indie cafes. In mainland Europe, quirky ideas like the Freiburg Cup have seen customers buying their coffee in a reusable, only to drop off the cup later at a different cafe for someone else to use.

‘Giving people “permission” to reuse, by providing a small discount, or advertising that reusables are welcome, is critical if you want to create behaviour change,’ says Abigail, who finds the UK speciality scene, with its emphasis on coffee provenance and integrity, particularly welcoming to innovations like KeepCup. Creating a stylish and practical product that coffee lovers would remember to reuse was key to the company’s success: the baristastandard cups are not only lightweight, unbreakable and easy to clean, but can also be customised in bright colours.

‘We knew that to get repeat use, KeepCup needed to be a product that customers would enjoy using,’ she says. 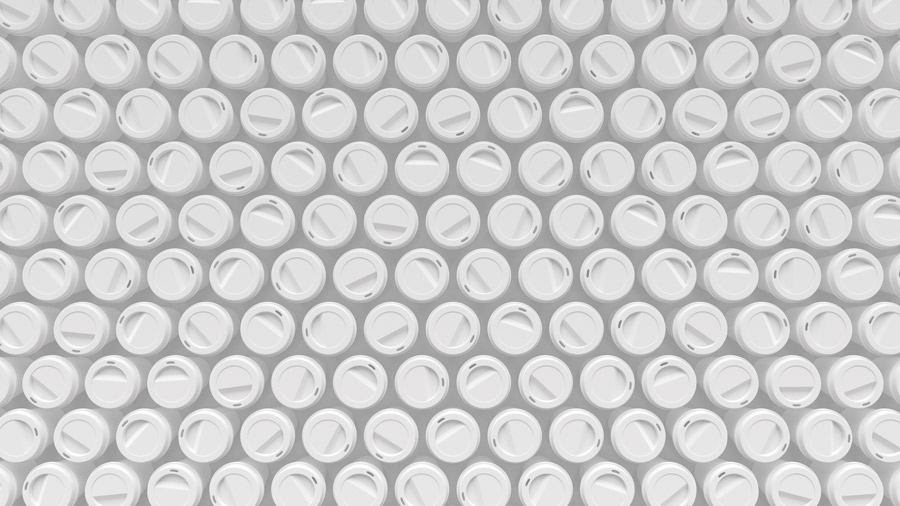 Blaming the mountains of coffee cups ending up in landfill solely on non-recyclables is almost certainly over simplifying the issue. Many coffee cups are recyclable, but have plastic linings which aren’t. The problem is not the cups themselves but the lack of recycling facilities to separate out the constituent parts.

One campaigner who has done much to lift the lid on this problem is Hugh Fearnley- Whittingstall, who believes indie coffee shops can do their bit in the fight for a sustainable future. ‘Independents can blaze a trail and show the big name retailers that it can be done,’ says Hugh. He favours compostable cups or investigating the likes of Frugalpac, which unlike many so-called “recyclable” coffee cups can be disposed of through the normal paper stream at the recycling centre. And in terms of the coffee itself, he recommends searching out companies such as bio-bean which recycle waste coffee grounds into all kinds of useful biofuels.

Of course, coffee isn’t the only culprit when it comes to cafe waste. ‘Doggy bags are a must in a responsible cafe,’ says Hugh who is a fan of compostable containers like Vegware.

‘You never know quite how hungry your diners are going to be and you always want to err on the side of being generous. Every restaurant should make it easy for people to take extra food home with them. If customers can do that in a sustainable, reusable container, so much the better. I think people should feel no shame in bringing their own containers with them.’

KeepCup’s Abigail hopes that when it comes to coffee, speciality and sustainability will go hand in hand. ‘As a crop very sensitive to altitude and climate, coffee is seriously impacted by climate change. It makes little sense to do something at one end of the chain that ends up destroying the source.’ And Scotland, believes Glasgow-born Abigail, is a shining beacon for the cause. ‘Scotland should be enormously proud of its renewable energy impact, a great example to the world and hope for the future. Gaun yersel Scotland!’